Here you have in this artist a most amazing classical operatic style drawn from the most unlikely of sources .. we are really happy to represent Martin and please read on for a little of his history...

Having fronted a number of bands Martin was introduced to record producer Colin Thurston (David Bowie and Duran Duran). making his production debut with Juni Morrison of P Funk in 1992 and had minor success with UK artists such as Soul II Soul, Jocelyn Brown and Sinitta.

He went on to study flamenco and classical guitar in Scotland under the teachings of the legendary French virtuoso Manitas de Plata. Martin restructured his musical compositions to be more classically based which included tributes dedicated to likes of Salvador Dali, Pablo Picasso and Jacques Henri Lartique.

As well as a multi-talented musician playing the classical guitar, cello, piano, violin and numerous other instruments. He can sing fluently in Italian, Spanish and French.

Martin has carved a niche for himself as a serious classical singer combining his previous musical experiences with his ability to perform some of the world's toughest repertoire Consistently surprising critics and audiences alike he continues to gain critical acclaim and increasing popularity by appearing in many leading performances now totalling over 300 concerts.

In 2012 Martin was chosen to perform on HH The Dalai Lama's UK Tour as well as being instrumental in the development of a choir made up of dementia sufferers . This choir performed alongside Martin in the Scottish Parliament and for HRH Prince Charles on a visit to Scotland. Martin has taken on many challenges in his career including the arrangement and vocal performance of Vincenzo Bellini's masterpiece "Fenesta Che Lucive" which on the soundtrack for the film "Lords of London" starring Ray Winstone.

He's recently performed "Nessun Dorma" live at Celtic Park in front of 60,000 Celtic fans (2014), drawing much critical acclaim . He constantly performs one man live shows throughout Europe as well as dedicating much time to numerous charities he supports.

With his debut album Uomo on which he has produced,arranged & performed on all tracks is out in 2015 and boy, what an amazing performer you have here. 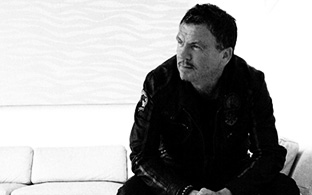