MZKA is an Irish songstress from Limerick. Having spent much of her early adulthood on bad habits, reckless relationships and disco dancing, MZKA has managed to draw a well of inspiration from her wayward ways and translate these experiences into music.

Apart from her substantial other recorded work she's also available solo with a show that's both captivating and cool, looping and performing live it's a show full of life and with a life affirming vocal you'll fall in love in with.

Her vivid imagination shines through in her quirky bedroom productions and are reminiscent of those ethereal soundscapes created by the likes of Peter Gabriel, Bjork, Goldfrapp and Photay. Coupled with a daringly honest lyric and distinctive vocal delivery, MZKA is easily identified as an artist that has found a musical landscape that is very much her own.

Her first single "Enough" was "single of the week" on the influential John Kennedy's Radio X (UK) show and the self-made video were featured at both the Copenhagen Film Festival and the Solaris Film Festival in Nice, France.

In demand as a featured singer/writer, she has appeared on numerous singles and albums including recent releases by UK drum & bass DJ Toronto Is Broken and Croatian DJs Vanillaz & MTVs Rewire recent single Supermoon, which received worldwide TV and radio play.

Booking just about everywhere and for live and other enquiries please just ask. 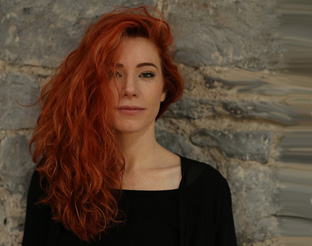