If you want a great dj with a real track record through working with some of the greatest roots and uk pop icons then its got to be the inimitable DJ Scratchy.

dj Scratchy was the tour dj with the Clash from 1978-80. Prior to that, he'd been resident dj at the famed Dingwalls Dancehall in Camden Town, London. He also spun at all the major concert venues in the city, including the Roundhouse, the Rainbow, the Electric Ballroom, Hammersmith Odeon and the Lyceum, alongside the likes of the Ramones, the Cramps, Blondie, Black Uhuru and Iggy Pop, as well as touring the UK twice with Dr. Feelgood.
Recent London appearances have included the Boogaloo, Cargo, the Big Chill Bar, the Dirty Water Club, the Modern Blues Project at Notting Hill Arts Club and the Spitz Festival of Blues with Geneva's the Dead Brothers, who dj Scratchy also toured alongside in Switzerland, culminating in a 7-hour solo dj party in Geneva's notorious Cave 12. He was back at Glastonbury '05 for performances in the West Coast Dance Tent, Lost Vagueness and Strummercamp and has also recently played at the Magic Voodoo Revue, Leipzig, the Rock'n'Roll Station, Helsinki and the Usine & Moloko Bar, Geneva!

What more can we say booking right NOW 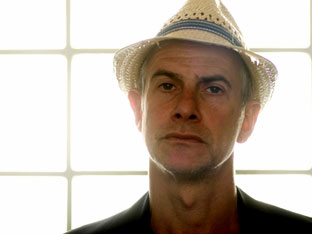