Yep its the owner and driving force of Frusion, but perhaps you'd like to know me a little better and know that I also have a life outside of running a very busy agency split between the UK and Austria.

For a long time now I have also worked as MC on various high profile festivals and something I'm generally available for these include Summer Sundae, Larmer Tree festival, Towersey, The Big Session , Wychwood festival , Off the tracks and for several years when run by Mrs Casey Sidmouth international festival both running and mc's in the large dance venue. Oh yes I've also stage managed for many years... all of this is my way of keeping my feet ( and ears ) on the ground and , well keeping it real as they say. It also allows me to see and hear whats happening now!

Musician and composer for many years and frontman of Prego one of the UK's longest lasting and hughly entertaining roots bands with two great albums and many years of appearing on stages large and not so large !( I know I would say that anyway but check out the weblink below don't take my word for it) my instruments ? well primarily Accordeon Diatonique / Galician Bagpipes or Gaita as its known, in the years before I discovered roots music as a rock and Rhythm & blues drummer.

In establishing an international presence in 2008 in Austria , pretty much at the heart of Europe I have a unique international view of whats happening and now helping all sorts of people into working in these exciting territories.

My history is a varied one running my own small pa company ( I still occasionally do live sound for some artists ) Tour manager National Chair of the UK musicians union FRTM section , thats the Folk, Roots, Trad music section for the last 7 years ( in 09) . Festival programmer promoter and occasional producer. In fact also starting a very big international recording and performing project Distilations due to evolve for many years and hoping to put music back where it belongs in the hands of the musicians. You'll see much more of that in the next few years.

If you'd like to talk to me about any aspect of the music business or look at asking me to MC your festival stage, or of course ask me to do some consultancy for you then all you have to do is pick up the phone or email me and I'll do what I can for you. 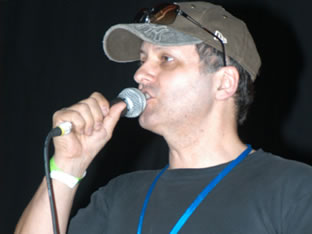