Taiwan's DJ/Producer Sonia Calico is at the crest of the Taipei underground electronic scene, shaping what the next generation are listening to, no stranger to tearing up the musical rule book, frequently mashing breakbeat, trap, future bass, grime with Taiwanese music and Mandopop. Her Desert Trance EP pokes and probes electronic music into a cinematic world where titans such as Lalo Schifrin, John Carpenter and Morricone once ruled, washed with techno, trance and electronica. A masterpiece in shape-shifting musical genre.

Sonia Calico's has form - as a Music Producer, including releases on influential Beijing label Do Hits, and California's Multi Music, her reputation has led her to being asked to remix the likes of Ill Gates. As a DJ, touring Taiwan, China, Japan, Europe (including ADE) and the US, headlining at the opening night of the Boiler Room in Taipei. The incredible energy and relentless fun to one of her live sets is an experience not to be missed.

Previously as a core member of the Award winning Electro Rock girl band Go Chic, she toured the world, appearing at Glastonbury, Summer Sonic, Fuji Rock and Modern Sky, and was produced by Canadian singer Peaches. Sonia is far more than a DJ and producer herself, promoting, through her UnderU collective, big electronic music parties which featured some of the coolest djs on the planet. and setting up "Beatmakers Taipei" a group local producer sharing their ideas and music. 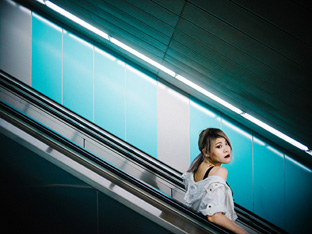