Its kick ass to the least - Shatter Effect hail from Birmingham and were formed in 2011. The current line-up of Bex Davies, Robin Davies, Ricky Hill and Edd Duffell has been in place since 2012.

Just check out the tracks on this page and the ultra cool videos and then give us a call to bring them to your event/venue... simply brilliant 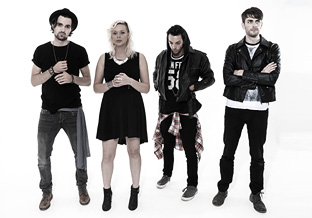