Ultra happy to be representing this grammy winning French pianist for several of his projects. It's time to explore and really get to know a fantastic musician.

Pianist/composer/producer Cedric Hanriot was born in the Lorraine region of France in 1976. As a musician he was a relatively late starter, having first studied electronics and audio processing at university. He entered the Conservatoire in Metz in 1998,  and later had formative years at Berklee. He was called on by Herbie Hancock to work with him and Lang Lang on a major 2012 tour.

Terri Lyne Carrington says of him, "He is one of the most talented musicians I know." He has also recently co-produced an album for Dianne Reeves. Michael Janisch, who will be playing in the quintet, and whose Whirlwind Recordings label will be releasing the album to emerge from the current tour says of him, "He's one of France's biggest exports but is not known much in the UK. And here at Fizzion we hope to change that !He's just one of those great guys that does so much stuff at a high level" 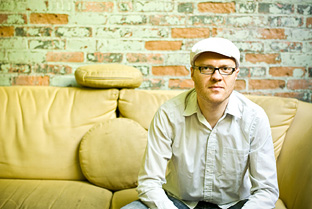