Long have this band been favourites of Ian's (Frusion and Fizzion owner).. formed way back in another Millenium, well 1998 anyway... innovative, exciting and hugely successful, mixing trad sounds from Brittany and much more with highly engaging rap. You'll hear echoes of "Jump around" (House of Pain) In fact one of the finest rappers we've heard. Sound scary... well give it a listen and we promise you'll be blown away. Now back as either a duo or four piece with original rapper Martial and Beats/producer Guru Laurent plus on occasion two acoustic musicians it's mega brilliant.. check the videos listen to the tracks... and just book this great act.

A little history
The band were not only signed to Polydor but embarked upon a major national tour at the beginning of 1999 and received Best Rap/Groove Album of the year at Victoires de la Musique (the annual French Music Awards) held in Paris. The band set to work on their new single, "La Tribu de Dana" released in May 1998. The song rocketed to the top of the charts, selling a huge 1.7 million copies to date, 1.5 million of them in the first few months after its release.

Going on to finish their debut album, Panique celtique, after just a few weeks' work in the studio. The album released in July 1998 it soared to the top of the French album charts, selling over 500,000 copies almost immediately reaching the one million mark a year later.

In the autumn of 2000 Manau came back with a second album entitled Fest Noz de Paname. Moving away from "Celtic rap fusion" which had made their name, experimenting with new genres and working with different artists. Including two "duets" with Maurane and Dee Dee Bridgewater. With a more blues/jazz and less Celtic, but not to the extent of that of the next album on peut tous rever, in which they tried a more commercial style of rap/hiphop.

Back.. rapping rockin and full on... enjoy 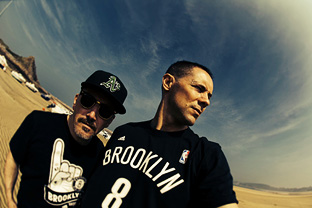