MIK is a solo artist. But as with almost every solo artist there is a musical history. MIK's main musical history is his band zeronic. He was zeronic's songwriter and singer since 2000 when the band released their first Demo EP and opened for Bryan Adams in front of 10,000 people a few weeks later  at the age of 19.

After releasing and heavily touring the first two albums ("High life" in 2001 and "Feel the nothing" in 2003 - both nominated for the Austrian Music Award AMADEUS in the category "best alternative"), zeronic made a great impression with their 2006 single "images of girls" (produced at MUTE London by Gareth Jones, who is well known for his work with Depeche Mode, Nick Cave, Interpol and many more)

zeronic released two more albums ("The Price of Zeitgeist"/ 2009 and "Grandezza" / 2012), played every austrian major festival (Nova Rock, Frequency, Forestglade, Two days a week, Donauinselfest etc.) and was touring in Austria, Germany, Hungary and the UK including great club gigs in London (Dublin Castle, Madame Jojo's, Bufallo Bar). One of their last live performances took place when they were supporting New Order on a memorable sold out night at Vienna's Gasomter Music Hall in May 2012.

So far for the historic part. From this moment on MIK started to work on his own contemporary musical vision, now set for a 2016 release. With his new songs MIK delivers his best and most personal work as a composer, musician and producer. 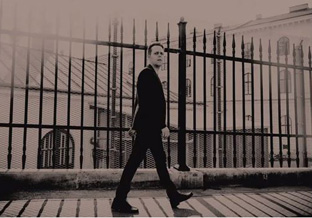