Veronna is a 24-year-old Montreal singer-songwriter a graduate from Saint-Laurent College in Jazz/Pop Singing (2011-2014) and after more than 300 shows around the world for several groups in the past 4 years, she finally makes her solo debut with her first album "In The Unknown" launched in December 2018.

In August 2017, Veronna released her first single "Queen", her female empowerment anthem. The song is noticed on release and the Veronna is called to perform it at the Rimouski International Jazz Festival as a duo with the renowned pianist Rafael Zaldivar. During the summer of 2018, she is the special guest on the show "Women Of Rock" and shares the stage with Quebec rock icons Marjo and France d'Amour, while performing with her own band in venues all around Quebec. We are now booking this fine female singer in various formats in most territories please ask now .. ! 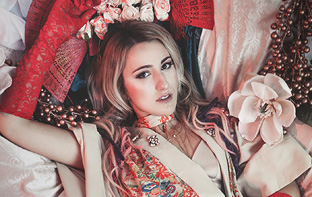