Barbed Wire is a rock band from Trondheim in the middle of Norway, a band of the same rock genre as Motorhead and AC/DC. After 9 years the band has played all over Europe with more than 400 shows, opening acts for Twisted Sister, Slade, Nazareth, The Darkness, etc.

You want a great solid rock band with real history and awesome licks you came to the right place, Fizzion is booking most territories so please ask ... supremely cool and audience pleasing in the extreme. 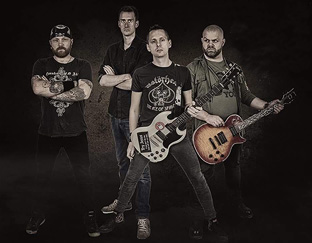