Jonah Smith has the range to write the simplest folk song or an orchestral arrangement and successfully accomplishes both throughout his wonderful work and mellifluous voice.

Smith has been working as a musical iconoclast for years, well known in New York as a top-flight songwriter and a powerful, expressive singer. Since his previous album, Lights On, was released Smith has performed extensively in the US, Europe, and Asia.

His artistic wanderlust has won him thousands of dedicated fans around the world. He was recently invited as a guest vocalist with Los Lobos and has also performed with members of the Syracuse Symphony Orchestra. After more than a decade of non-stop performing in venues from clubs to concert halls, Smith has become an irresistible live performer with the ability to connect with any audience.

Open to expressing his political views in his music, Jonah Smith added his voice to the growing chorus of the 99% by releasing a video shot in Zuccotti Park for "Live One" a song that recaps the 2008 financial meltdown with wry humor and a groove reminiscent of a classic Taj Mahal record 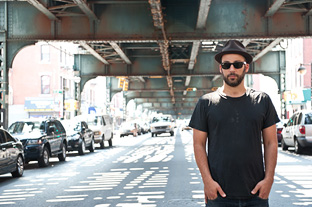