Having come into existence Haárps became well known for its production, and its nod to witch house as a form and its vision of modern electronic music. In case you're not aware of the genre check out this definition from Wikipedia.

Witch house applies techniques rooted in chopped and screwed hip-hop  drastically slowed tempos with skipping, stop-timed beats  coupled with elements from genres such as noise, drone, and shoe gaze. Witch house is also influenced by hazy 1980s Goth bands, including Cocteau Twins, The Cure, Christian Death and Dead Can Dance, as well as being heavily influenced by certain industrial and experimental bands such as Psychic TV and Coil.

Haárps ironically claims its genre as grim-pop and being a Moscow based act unusually Haárps have collaborated with American & European producers & labels (STYLSS, Gergaz, TeamSupreme, etc). At the same time, the project is still an important part of the Russian witch house scene (VV17CHØU7, Vedmin Dom). 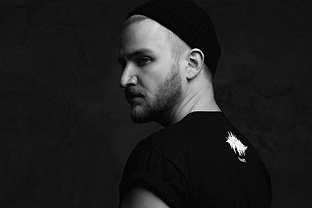