Here we are, beyond happy to represent this great band from Mexico, LOS DE ABAJO, who celebrated its 25th anniversary in 2019 with the reunion of its original members who founded the band in 1992.

The singularity of the metal section, merged with latin alternative, gives a salsa flavor, a dose of reggae, ska, cumbia, funk, merengue, son jarocho and even polka. Having achieved a unique sound due to the discipline, effort and the essence of each of their musicians, making them one of the very best live acts and most important bands in the scene.

They have released eight studio albums, two of them edited by Luaka Bop (the record label of David Byrne, ex-vocalist of the Talking Heads), one of which was produced by Macaco and led them to win the award "Best Group of the Americas" at the World Music Awards from the BBC in London (2003), besides an album edited by Real World (Peter Gabriel's record label)

26 tours in more than 30 countries, and mainstream festivals that have allowed them to transcend and place Mexico and its popular culture on the map .. in short damn well fantastic and audience pleasing without a doubt. 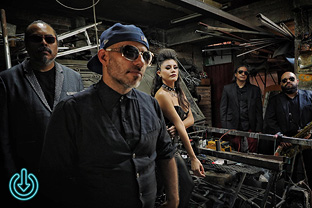