To be working with Neil is a pleasure here at Frusion, with someone with such a rich CV and now performing regularly both solo and with a red hot band ... we have multi territory representation and can work with virtually any venue to bring this ultra cool artist to you.

A little background about Neil...

Neil has played guitar with Tears For Fears on the album 'Songs From The Big Chair', featuring the famous one take guitar solo on "Everybody Wants To Rule The World". Neil's involvement with Tears For Fears was long lasting, seeing him play on two world tours and the band's third album "The Seeds Of Love".

In 2001 Taylor was asked to play guitar on Robbie Williams album "Sing While You're Winning". He was then asked back to play on Rob's album "Escapology" and in 2003 he finally joined the Robbie Williams band and has toured the world several times.

Neil Taylor also worked on his own career as an artist and recorded three albums: "Bullets For Angels" with songwriter Steve Torch (who works for artists such as Kylie Minogue and Cher) and his own "No Self Control" in 2011 and an acoustic album "Chasing Butterlies" in 2012.

2013 saw Earcatcher Records release Neil Taylors brandnew CD "NO GOD LIKE ROCK 'N' ROLL" - an epic classic, paired with the trendy sounds of tomorrow
Offering a heavier sound than on previous records Neil Taylor delivers a mature Music Feast - relying on his glorious past as servant for Rocks Greatest, yet eyeing an even brighter future as major competitor to them all. "Having already played record breaking crowds, I'm nowhere resting on my laurels but ready to do it all over again. This time as the main attraction." 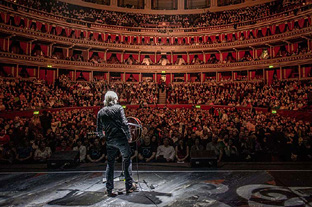