We represent Simon in his role as producer, you want some serious producer input then here we go and Simon can call upon some of the very best in the music industry to give your recorded output the very best!!! ... So please do ask and if we think it might work for you and Simon then we can offer some seriously good packages from single track work to a lot more.

Knowing Simon as we do, with a CV to die for we know his work as a creative producer with many world class artists plus friendships and creative partnerships with many of the most famous musicians in the world is simply awesome, his recent work includes pop, drum and bass, hip hop, and much more, including Mega Hit with Camo and Krooked red bull artists supreme featuring Joe Killington.

What we also know is that Simon has ears wide open for working with artists that he finds intriguing, notably recently with alt/electro/dance roots band Transylvania in Ukraine/Romania so don't hold back if you think Simon can help bring a hit making sparkle to you.

Also part of Red Rhythm he was commissioned to compose and produced music for advertising campaigns for brands such as Christian Dior, Nat West, and Puma along with official soundtracks to motion pictures for Universal Pictures, New Line Cinema, NBC, Touchstone Pictures and Disney.

For an overview check out:
www.public-republic.net/artist-of-the-week-%E2%80%93-simon-britton

Yes it's all true and continues to be so with recent work ( 2018 ) on Sting and Jimmy Cliff , come on give me a call or email.

Please note any work Simon does is subject to his approval before starting on a project, we will need sound samples and a clear idea of what you want to happen other than success of course. 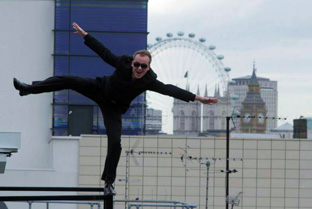