Are a Jamaican roots reggae group, famous for their close harmonies and promotion of the Rastafari movement in their lyrics.

The vocal trio was originally formed in 1968 by Bernard Collins and Donald Manning. Their first song was "Satta Massagana", which was strongly influenced by Carlton Manning's "Happy Land". "Satta Massagana" is a Rastafarian hymn sung partly in the Ethiopian Amharic language. They recruited a third vocalist, who was still at school and often unable to attend rehearsals; he was soon replaced by Donald's brother Lynford Manning, who had previously been a member of their brother Carlton Manning's group Carlton and The Shoes.

"Satta Massagana" was first recorded for producer Clement "Coxsone" Dodd in March 1969, but he decided against releasing it, seeing no commercial potential for what he saw as a song constituting cultural subversion. In 1971, the group purchased the master tapes from Dodd for £90 and released it on their own Clinch label, the single becoming a massive success, prompting Dodd to release his own instrumental and deejay versions. The group released further takes on the song on Clinch by Tommy Cook, Big Youth and Dillinger as well as their own "Mabrak", featuring the group reciting passages from the Old Testament.It has since been recorded by dozens of artists.

The group's second release, "Declaration of Rights", featured Leeroy Sibbles on backing vocals, and like their first was a huge hit in Jamaica, (and subsequently in the international market) and has been covered several times since. Their 1973 single "Y Mas Gan" was similar to "Satta" in its use of Amharic.

The group continued to record throughout the 1970s for producers including Lloyd Daley, Tommy Cowan and Geoffrey, and their debut album, Forward on to Zion was produced by Clive Hunt and released in 1976.

Donald Manning had a brief solo career in the early 1980s, in which he recorded as Donald Abyssinian.

Bernard Collins launched his own version of the group in the late 1980s, with two versions of the group existing for a time. The original line-up reunited in 1998 and went on to record new material, including the singles "African Princess" and "Swing Low" and the album Reunion. 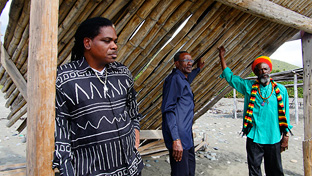