Mik Tanzos has been the singer and songwriter of the austrian Indie Rock Band "Zeronic". Zeronic has released 4 albums (2001  2012), was nominated twice in the category "best alternative" at the Austrian Music Award "Amadeus" and has played hundreds of energetic live shows including all Austrian major festivals. (Nova Rock, Frequency, Forestglade etc.)

They also did support shows for big names such as New Order, Stereophonics, The Kills etc.  After working with Depeche Mode and Nick Cave producer legend Gareth Jones they played their first London Shows at Madame Jojo´s and the Dublin Castle.

In 2017 Mik Tanzos released his first solo Album as MIK and has been invited to be the special Guest on Paul Weller´s shows in Austria in Sept 2017. The single "A sign of peace" was #1 on the Austrian Indie Charts.

And now with a new direction in 2019/2020 Tanzos is utterly compelling .. ask now for shows in any territory. 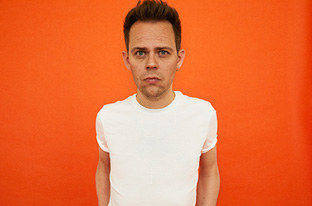