So you want one hell of a great hard rock band playing at the highest level .. then you got it right here... Frusion is representing this amazing band... numerous awards, numerous albums, huge magnificent shows and we are able to put them in front of your audience. We're working on all levels of venue and working the UK... just ask now.. check the vids and we can send you music just ask!

With this Siddharta was catapulted to sudden fame, and following a headline performance at the Rock Otocec, Siddharta produced its second album Nord in May 2001. Sales of Nord are only topped by U2 in Slovenia. On 13 September 2003 Siddharta, accompanied by the RTV Slovenia Symphony Orchestra and 60 dancers, played before a crowd of over 30,000 people. The event was unprecedented in size and received incredible media coverage.. travelling the world, hell with many many shows... you cant get better ..

With numerous awards an enormous back catalogue.. man you just got to check this out.. 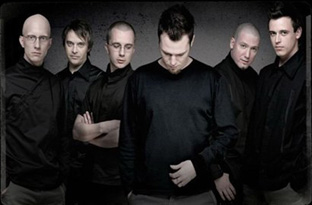