Lovely Rita came to life in 1992, founded by Martin Stepanik, one of the most interesting composers and keyboard players working in the wide field of electronic and jazz music in Vienna today. Described as an ever evolving 'working band' constantly exploring the diverse possibilities of musical expression and with their 'Strollin' Along Abbey Road' project avant garde interpretations of the Beatles' entire back catalogue. Leaving his roots of acoustic jazz and improvised music in 1985, Stepanik pioneered the new Viennese electronic music scene being a founding member of 'Die Vogel Europas'. From 1986-1992 the band toured frequently throughout Europe and recorded with such artists as, F.M. Einhelt of 'Einstürzende Neubauten' and Elliott Sharp.

Taking the opportunity in 2012 to celebrate two anniversaries; 20 years of Lovely Rita and 50 years of The Beatles, they toured the UK with two new shows; 'My Life Between the Exit Signs' (a film and a music project) and 'Strollin' Along Abbey Road' (a homage to The Beatles). The project is a continuation of their previous work and long-standing focus; to distil the essence of The Beatles' late 1960s experimental studio work and present it with a contemporary sound using today's technology.

Delighted to represent this fine band across multiple territories. 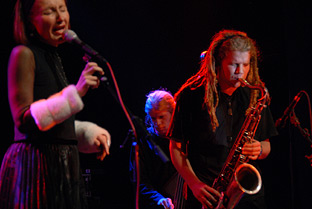