Really happy to have Gregg on board with Fizzion and were booking shows in the UK and general enquiries for other territiories. So please read on for why you should book this indomitable cool artist.

You might not have heard of Gregg Sutton , but you certainly will have heard one of his songs Gregg Sutton is one of the most accomplished singer-songwriters and musicians of his generation. Born and raised in New York he went to Hollywood in the early 1980s and now resides in Beverly Hills .

After serving an apprenticeship in the nightclubs of the USA , Sutton went on tour with the group KGB, featuring Carmine Appice and Barry Goldberg . Sutton then went on to form a group called The Pets recording for Clive Davis at his legendary Arista Records label.

At this point of his career Gregg joined Bob Dylan as his bassist and toured Europe with Dylan in a group that included Hall of Famers Mick Taylor and Ian Mclagan.

In 1992 Curtis Stigers and Gregg Sutton teamed up to write the classic Youre All That Matters to Me which went on to became one of Stigers biggest hit singles from his multi- million selling debut album on Clive Daviss famed Arista Records..

Tom Jones recorded It Takes More Than Memories which was co-written with soul legend Carla Thomas.

Gregg has recently collaborated with Santana ,Desmond Childs, Mark Hudson, Timothy B Schmidt ,Shelly Peiken, Carol King and Joe Bonamasa, Human League ,Heather Small, Charles & Eddie and a host of other artists, bands and writers including the soul legend Carla Thomas with whom he penned It Takes More Than Tears recorded by Sir Tom Jones.

Suttons work can be heard in TV shows like Sons of Anarchy to Charmed films like The Horse Whisperer.

With a great new album Deal With It is out in 2016 and we are ROCKING .. delighted to represent this awesome artist ask and we shall deliver. 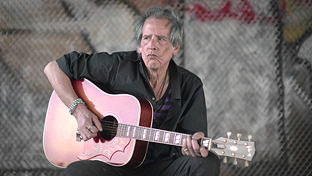