He released his album 'Salvation' in 2017, a collection of 10 songs recorded at Kevin McKendree's (Delbert McClinton, Brian Setzer) The Rock House Studio in Franklin TN and mixed by Steve Orchard (Paul McCartney, Chris Cornell) and toured the UK and USA in support.

Between 2017 and 2019 Malcolm played around 100 shows in the UK, US, Australia and New Zealand with 'The Music of Cream', a tribute to his father's band, featuring special guests Glenn Hughes (Deep Purple, Black Sabbath) and Robben Ford (Miles Davis, Joni Mitchell).

In 2018 and 2019 Malcolm was co-executive producer, arranger and performer for 'Cream Acoustic', a project headed by Cream lyricist Pete Brown and recorded at Abbey Road Studios, which featured performances by Ginger Baker, Joe Bonamassa, Bobby Rush, Bernie Marsden (Whitesnake), Pee-Wee Ellis (James Brown) and many more. The album along with a DVD documenting the sessions will be released by Quarto Valley Records in 2020.

Malcolm continues to compose orchestral music and his first opera 'King You's Folly' is to premiere at Sadler's Well's in 2022.

Work begins later this year on his next album of songs and he will be touring internationally with his band in support of the release. 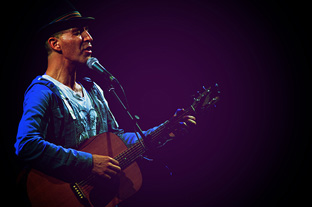